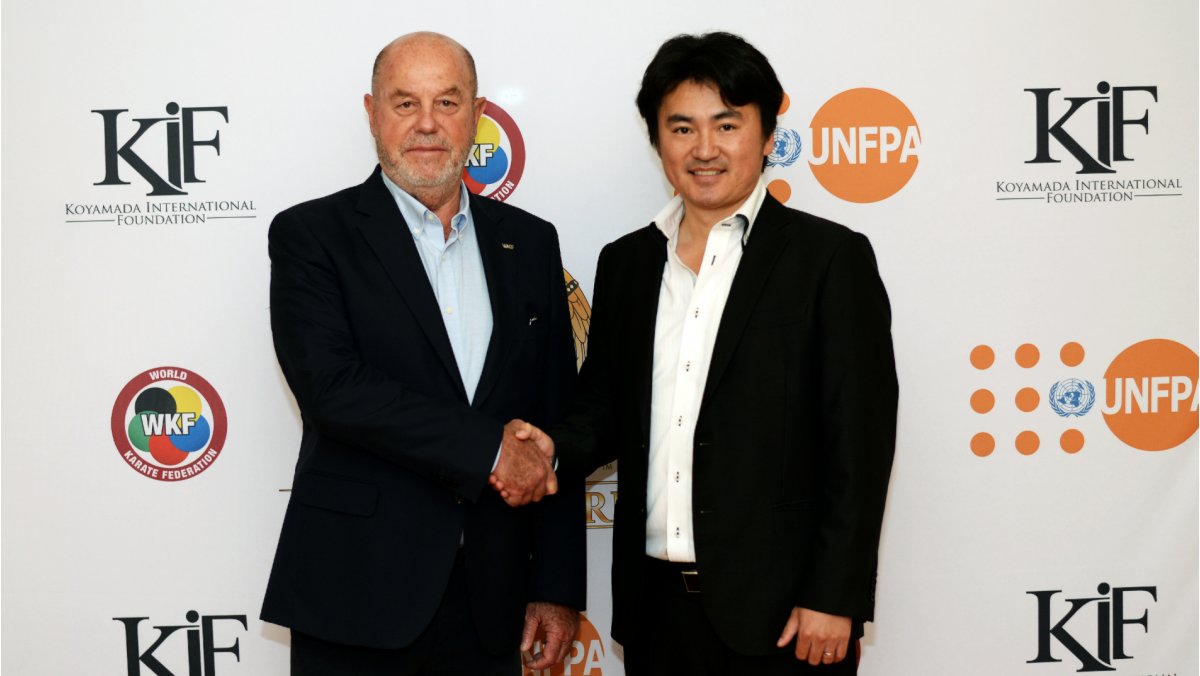 SHIN KOYAMADA: «IT IS MY PRIVILEGE AND HONOUR TO BE APPOINTED AS WKF AMBASSADOR»

Originally from Japan, a black belt in Karate and Los Angeles resident for the last 20 years, Shin Koyamada is the co-founder and global chairman of KIF (Koyamada International Foundation).

The decision to designate Koyamada as Karate’s Ambassador in Los Angeles comes following the WKF’s agreement with KIF and the United Nations Population Fund (UNFPA) to launch the far-reaching and momentous “Guardian Girls Global Karate project” to fight Gender-Based Violence.

The WKF signed a Memorandum of Understanding with KIF and UNFPA in Los Angeles last week to join forces to combat Gender-Based Violence around the world. The pilot event of the Guardian Girls Karate project was held on October 8th in Los Angeles.

“Shin Koyamada is not only a true karateka at heart; he has been one of the main forces behind the creation of the Guardian Girls Karate project, the most ambitious social initiative of the WKF in the history of our organisation.

“With the appointment of Mr Koyamada as our Ambassador in Los Angeles, we hope to continue finding ways to spread the values of Karate in LA and around the world.”