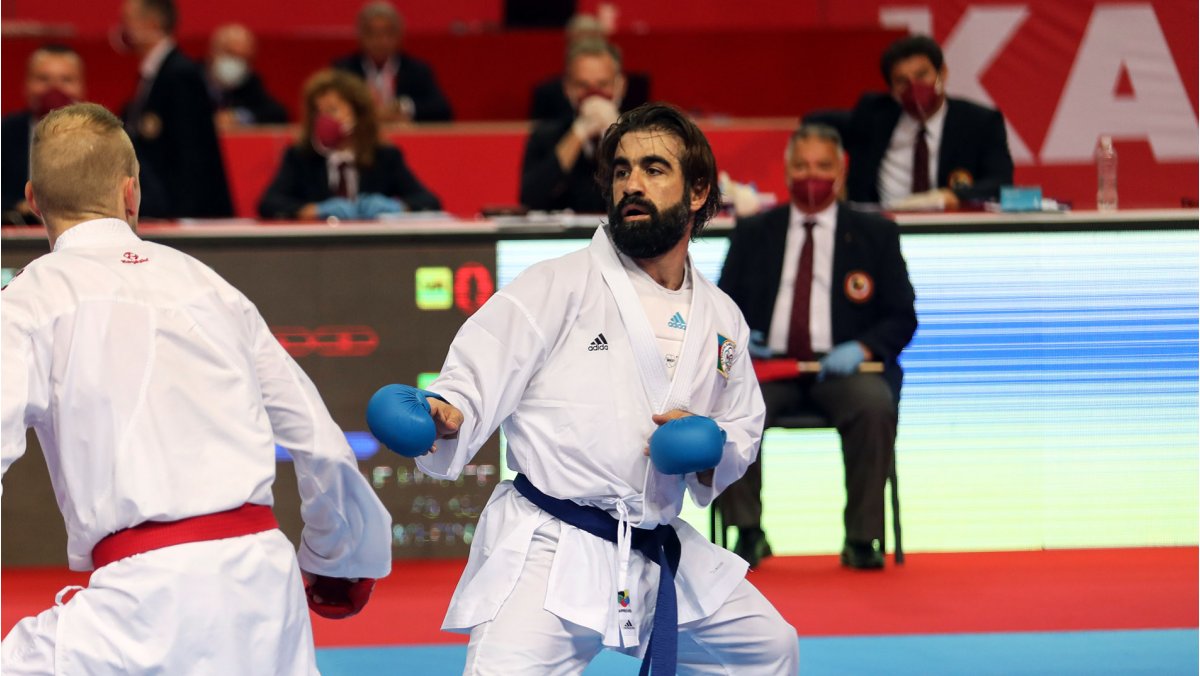 The most emotional moment of the finals on Day 4 of EuroKarate2021 will feature Rafael Aghayev of Azerbaijan. The superstar karateka lost his mother just one month before the start of the European Karate Championships.

“I am sure that during the final, my mother will be looking after me from heaven,” said Aghayev in tears after qualifying for the final.

A five-time World champion, eleven-time European title-holder, and arguably one of Karate’s biggest stars, Rafael Aghayev claimed the ticket to the final of Male Kumite -75kg following a 2-0 victory over Noah Bitsch of Germany. 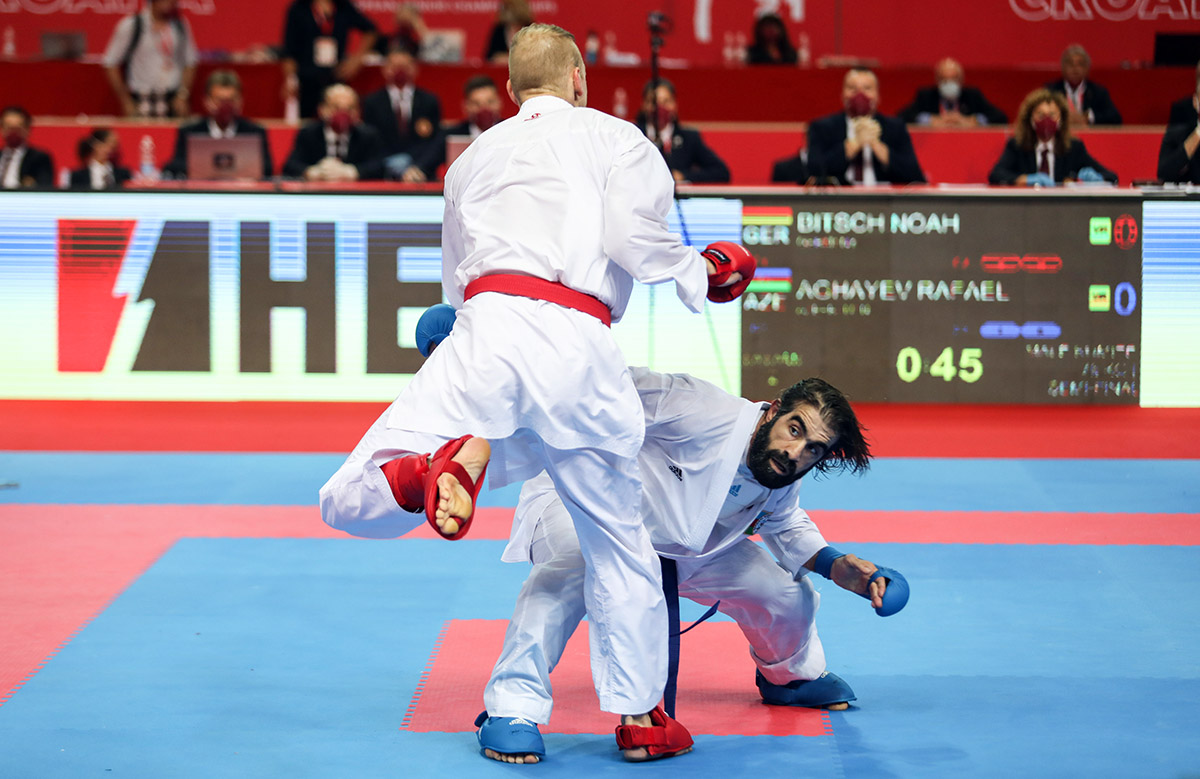 After his triumph in the semi-finals, tension and emotion were too much to bear for Karate legend Aghayev. Tears rolled down his face as he remembered his late mother and the difficult year he had to endure.

“BEING IN THIS FINAL MAKES ME VERY HAPPY”

“Barely two months ago, I lost my uncle. And then, only one month later, my mother passed away,” said an emotional Aghayev.

“Also, it is the issue of my injuries. Last year I had an operation to recover from an injury. It was my fourth knee operation,” he added.

“People may not understand it but being in this final makes me very happy. If I win, I will dedicate the victory to my mother,” Aghayev explained. “Whatever happens, everything will be fine, I have her by my side.”

CLICK HERE to go to the WKF YouTube channel to watch the final of Male Kumite -75kg featuring Rafael Aghayev against Stanislav Horuna.

“People may say that I am getting too old for this. I respect everyone and I take no offence to these comments. To me, the important thing is what I have in my head. If I get an idea in my head, I will do everything in my power to see it through,” said Aghayev.

“Karate is my life. It is what I do, I have dedicated my life to it.”