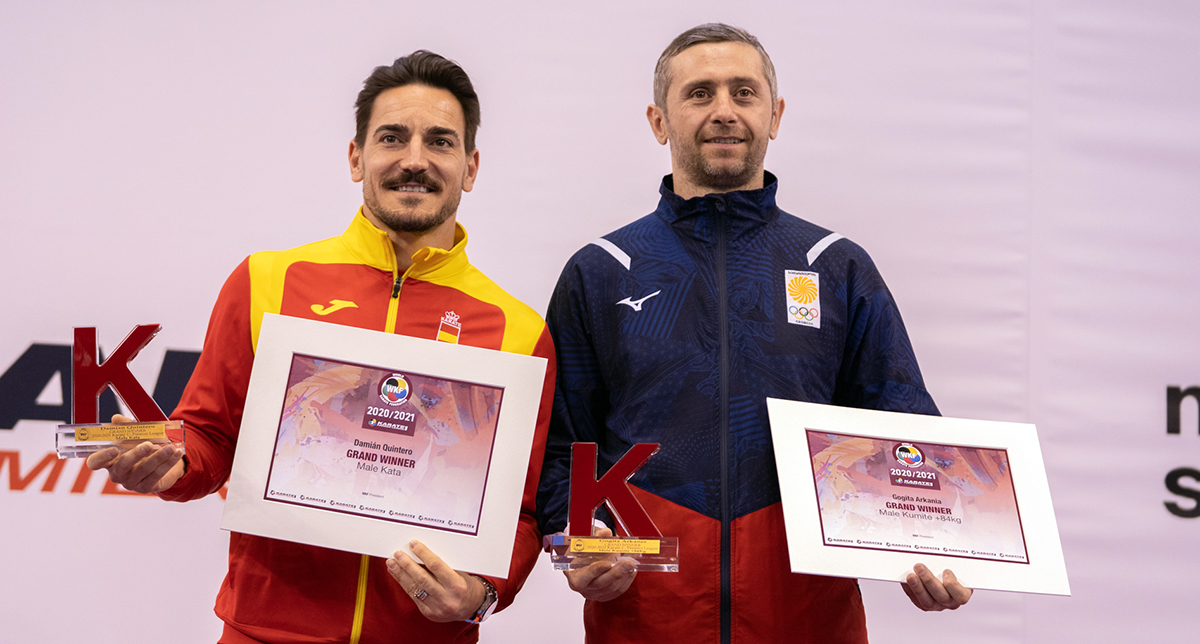 The ceremony was headed by WKF President Antonio Espinós and was held in Matosinhos after the celebration of the Karate 1-Premier League event in the Portuguese city. The two Karate Stars received the commemorative trophy and diploma that recognise them as the “Best of the Best” of the year in their respective categories.

“Being the Grand Winner is a big responsibility for me. Staying on top requires keeping a constant high level throughout the season. On the other hand, the Grand Winner award is very satisfying because it means that all our goals of the season were achieved and that our hard work paid off.”